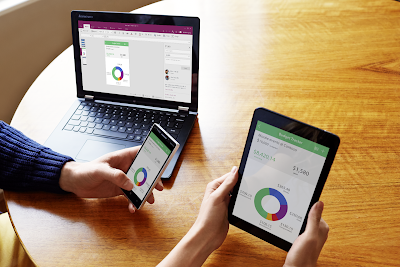 Its preview available from today and the idea behind this is to take more business apps to mobile, instead of being tied up to the PC that had been traditionaly attached. Now Users can access and fetch data from cloud services like Office 365, Salesforce, Dropbox through PowerApps and use that information to create their app.

For example, if you export a file from dropbox that tracks employees' performance, you could create an app to follow that, instead of exporting and analyzing a file every week.

PowerApps services includes sample demo apps and templates, so that users don’t have to worry about coding. Apps can be designed on a PC and then can be accessed through the PowerApps app for iOS, Android and Windows Phone. Apps can be shared with other people through a URL link and they can collaborate on the project as well.

Microsoft may not be the first to come up with this idea, Appgyver had already introduced. Microsoft still has not released pricing information while the service is still in preview.
Source: Thenextweb